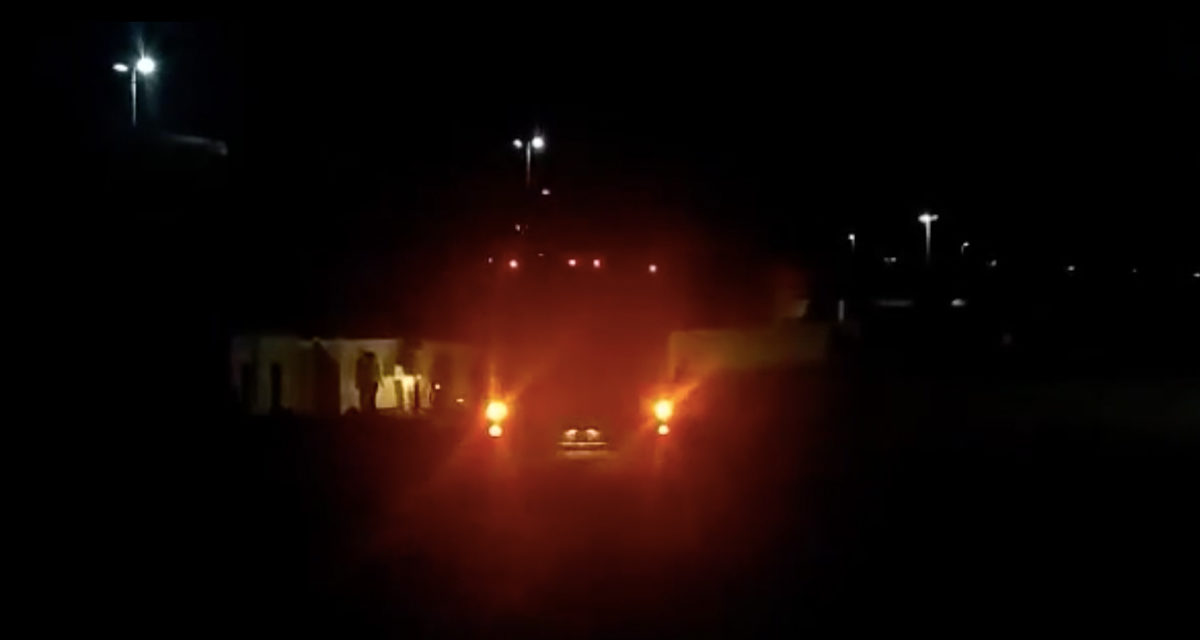 Bridget Moreen Leslie is an Australian artist based in Brooklyn, New York. Bridget creates installations with a focus on collapsing spatial and psychological barriers between class, architecture, noise, location, and repetitious body language.

I’d like to apologize for my lack of Australian accent. When I first moved back to Sydney after spending ~11 years of my adolescent life in the United States, I was constantly asked where I was from. My distinctly American accent meant that I was an outsider and my response was always an awkward, “here?” to which the more Australian, Australians would always give me an unconvincing look as my sharp consonants cut through the nasal drawl that is ever surrounding their ears. My response to “Where are you from?” meant that I could never give someone an honest, brief answer. In the United States, people I met had some sense that I was not fully American, and my “Where are you from?” response was, again, long winded.

The ironic thing about America is that people are constantly asking what you are, meaning, where are your ancestors from? This has always annoyed the hell out of unsettled me ; it seems that Americans are unhappy stating that they are just American. Being Chinese and born in France, you might say you were French. For those in other countries, you’re of that country —Australian, regardless of your great, great, great grandmother’s birthplace. However, for my observations, Americans have to be 5th generation Germans or descendants from some other vaguely European grandmother twice removed. Even this fascination around 23 and Me, which for someone who spent a significant part of their life in Oklahoma — disproved many of my white friends, Native American, ancestry. Return your scholarships and your Certificate Degree of Indian Blood (CDIB) card please. I’m sorry to say you’re just American – You’re just white.

There is something abhorrent about the resurgence of appropriation in western countries, I won’t blame it on a single celebrity family because there has been appropriation in the fashion industry from the beginning of time; remember Woodstock? What about Orientalism? But recently the stagnant trend to use POC, specifically African American culture to look “cool” is a phenomenon I’m trying to understand. The majority of people arrested, imprisoned, illiterate and making below or at minimum wage are African Americans, but like everything else white people do, we think “hmmm, that dance is interesting, those braids are cool, I want chains and my teeth to shine”. So they take it, but we still won’t hire you unless we’ve been asked to diversify.  It’s othering people from their own culture, you can’t get a job unless you’re more like us, but I’m going to read your resume while listening to Solange’s, Mad. This picture of American life isn’t stuck in our region of the globe. The United States is a cultural powerhouse and markets like the ones in Australia see this portrayal, these fashion trends and they emulate. You’re left with Kardashian –but really — appropriated versions of African American or Chicana woman — walking around the Sydney CBD, their carcinogenic bronzed skin seen as “beachy” instead of problematic. What I’m trying to express here is that these trends manifest in digital spaces to be consumed by audiences without much knowledge of the historical or socio-political weight that these translations of culture have on white bodies. America broadcasts it’s embedded colonialism and appropriation globally, propelling a translation, and retranslation of meaning attached to its consumer goods. So what does this mean for Aboriginals in Australia? They are othered even further, White Australia has now decided that one type of POC is acceptable- the American kind, but disregards the issues in their own territory. A missed opportunity to open a dialogue about civil rights issues in our own history. Aboriginals gained citizenship in 1967, until that point many being considered “Flower and Fauna”, the number of instances in sports including the 2013 news article where a 13-year old girl spewed racist phrases at a rugby match in Sydney meant that this racism was being ingrained at a young age. Why is it that we can learn to accept other cultures while being unable to come to terms with the history surrounding our own nation? Why do we hide behind the mask of acceptance in our fashion and entertainment while seemingly double crossing both parties?

My mom is full Sicilian–first language Italian, migrated on a literal boat for months… but I am not Sicilian and even she would say she was Australian too when asked by someone. Americans on the other hand lay claim beyond their own. It’s colonialism stretched even into the ancestry of the family tree. It’s this complex where they want you to know they’re ‘Merican– an individual nationality, but also part Irish because of a coincidence in the geography of another family member’s birthplace. They’re in your countries and your history but America is not yours and you still need a Visa. Please own your American-ness. America may be the melting pot but that pot is distinct from the ingredients with which it was born — Chocolate is not a cocoa tree and your ginger hair doesn’t make you Scottish. Americans do what their politics do at their best — they play the diplomatic card. They love everything, they’re the first to represent to make leeway in the rights for all but not too much. Everyone has a place to voice their opinion. They love your country’s music that they heard on their trip abroad! Then the slight comes, when they side eye your meal in the break room because of the aroma or texture or ask you to repeat yourself loudly in the office. Your soupy lentils or delicate bento is not their glossy bologna sandwich and they’re not only confused, but suspicious. What foreign secrets hide in your Dolma? You sense some angle of humiliation as they draw attention to the fact that you’re different.

One of the main reasons that I couldn’t stay in Australia, and left 3 days after my final exams- I never walked in my bachelor’s graduation- was because I couldn’t stand the sexism, racism and for lack of a better word, “backwardness” of the culture. Men were bro-y in the worst way, drinking and dating culture were all about keeping “your girl in check”, cheating and getting married to your high school sweetheart, seemingly no one reading the news (I’d constantly try to have conversations about current events, only to fall flat on the awkward silence of my peers, the checkout clerk or the bartenders), but the thing that got me the most was the overt racism attributed to just being blunt for humor’s sake. “I’m not racist, I hate everyone equally”, they’d say. This racism didn’t just fall to Aboriginals who make up the majority demographic in project housing or the “crazies” on the bus. There is an intense lashback against the Chinese who occupy a big stake in the Australian population at this point from relaxed visa/ citizenship and trade relationships. Don’t bite the hand that feeds you.

I’m somewhat shocked by the intense ego that dominates such a distinct space between the two countries that I derive from. Australia loves, and I mean really loves, to shit on the United States. “How bad is it over there? No healthcare?? I heard Trump is really fucking things up… There was a tornado that destroyed a whole city…ETC ETC (bolded because it’s an endless stream of unveiled sarcasm from the interviewees**). Yes, our healthcare sucks, yes, I will probably never be able to afford to buy a house, and yes, Trump is an utter laughing stock of the globe, but, Australia is irrelevant — and that’s why they keep asking.  Australia’s greatest headlines from the last year are droughts killing their unique wildlife, the 6th coup on the prime minister in 5 years, and food porn ( We get that when it does rain your citizens have the time and backdrop to take nice food photos). There is this superiority that people have when they ask me these “from” things, they’ve won in some way — an Aussie come home from her fling with the States, forever forced to defend where she grew up, a choice that was not hers, as it isn’t anyone’s really. They feel comfortable defecating on the country because I’m a symbol of Australia winning some non-existent competition — because it’s such a nice place to live, right? Yet, the people that ask these questions do so while sipping a Coke, in their Calvin Klein underwear as they prepare to watch the Avengers on Netflix. On their coffee table is a stack of books about last year’s exhibition at MoMA, a New York Times paper, and Michelle Obama’s autobiography. Their iPhone vibrates — a Facebook notification. The hypocrisy in this scenario is two-fold. Australia and most of the world is so greatly embedded and reliant on American media and entertainment that the reliability within western culture (perhaps non-western but I won’t pretend to know) from outside is inescapable, but they renounce it. How can we criticize that which provides leisure and efficiency? Further, does the US have some invisible claim to our ancestry because it is so embedded within other cultures already? Absolutely not, but for the Commonwealth- like Australia- there’s also the same disillusioned personality disorder. Are we our own country or maybe still British? How often do you open up the WORLD news to see a top headline about the U.S.? How frequently do you see an Australian headline (that doesn’t have to do with a terrifying animal)? So America infiltrates the globe, putting its flag in the earth of other nations but alienates itself in doing so.

I like to imagine Britain as the parent in a family of forcibly commonwealth kids, Australia, India, etc were all its children. America could have been but defied them and got a name change. But how different is the United States from Australia? I think of Australia as the Good Son or Daughter, a suckup to their parents, they’ve done well for themselves but they’ll never truly have the respect of the other siblings or even their parents but especially not the separatist sibling of the United States. America threatens everything Australia represents and stands for, they are a superpower but fundamentally flawed and in need of a good overhaul. I like to think that America is flawed but has done and hopefully after the Trump reign, will do good for everyone that calls or wants to call it home. Australia on the other hand remains an elitist, tourist destination at best that is willing to help its citizens live comfortable, and undeniably pleasant lives but never really changed or adapted to the contemporary landscape.  Australia is the fold of the U.S, the commonwealth that didn’t separate and never discovered itself. The U.S renounced its roots and continues to struggle with its identity politics.

I struggle when I try to explain to friends what the newest Australian cafe serves, here in New York, and end up just describing a Lamington for them; White, porous, vanilla cake on the inside, covered in the thinnest layer of chocolate and rolled in coconut. Occasionally there’s cream or jam in the middle — a nod to the Brits.