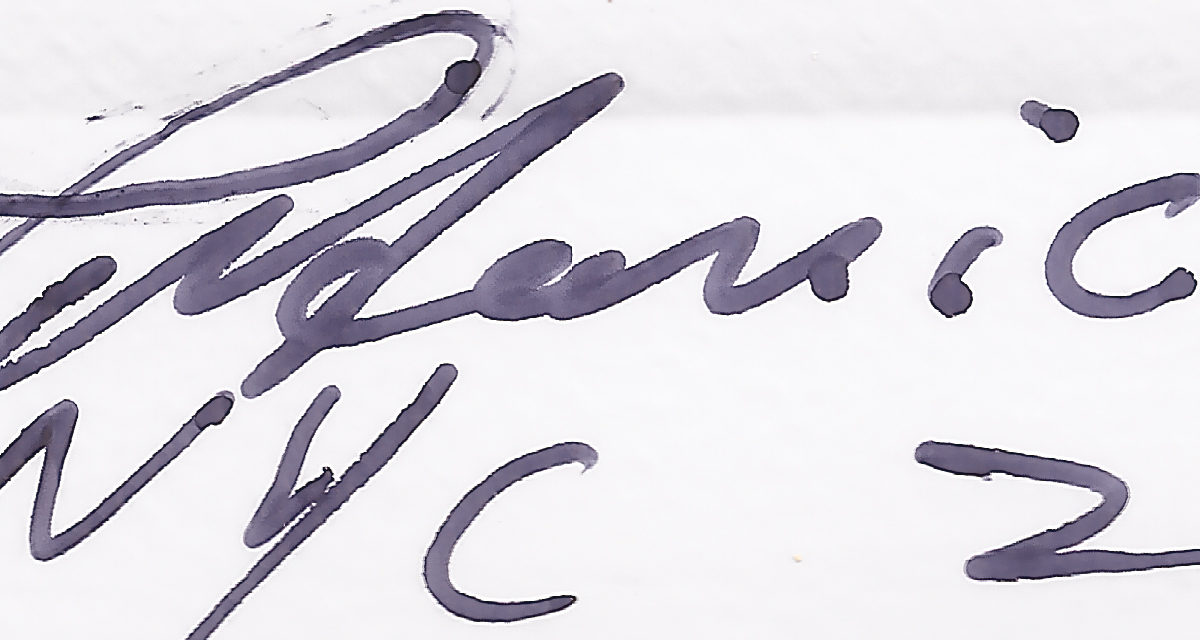 Ludovic Nkoth waits for me by the elevator and guides me down several hallways to his studio in Tribeca, New York City. His studio has three large windows that illuminate the multitude of paintings in progress along with a plethora of completed works. Nkoth radiates style as his colorfully printed socks peer out from his studio slippers and distinct cross earrings boldly hang from his earlobes. Pleased to share his work with me, he grants my request to see The Fight for Ambazonia, a completed painting hidden in the stack. Nkoth is only able to slide the painting halfway out but it’s enough to see the depiction of five soldiers articulately painted with distinct brush strokes. An array and range of red, yellow, green and orange powerfully emulate nature and the complex personalities of the soldiers. Four soldiers gaze slightly past the viewer, another looks to the side. Their faces, angular and solemn, evoke the urgency of the moment. Returning to the present, Nkoth sits on a cart and I notice the patterns in his socks match the underpaintings behind him. His vibration is calm and the thoughtfulness of the stories Nkoth tells is held within his posture and pose.

Nkoth’s move from his native country Cameroon, West Africa to the United States heavily influences his artistic practice. Leaving his birth family and siblings at only thirteen years old, creativity gave Nkoth hope while being raised by a new family in America. Nkoth’s arrival in America was the first time his skin affected the classification of his body. Placed in an ambiguous and cyclical displacement of identity, Nkoth is viewed as African in America and American in Africa. Nkoth’s work explores the displacement of Black bodies within alienating spaces and a personalized view of his family’s history, the traditions of Africa, and Africa’s diaspora pre and post-colonialism. Nkoth’s work has been exhibited in numerous galleries and museums including Vis Arts Center (2019) in Maryland, UUU Gallery (2019) in New York, and East-Projects (2019) in New York City.