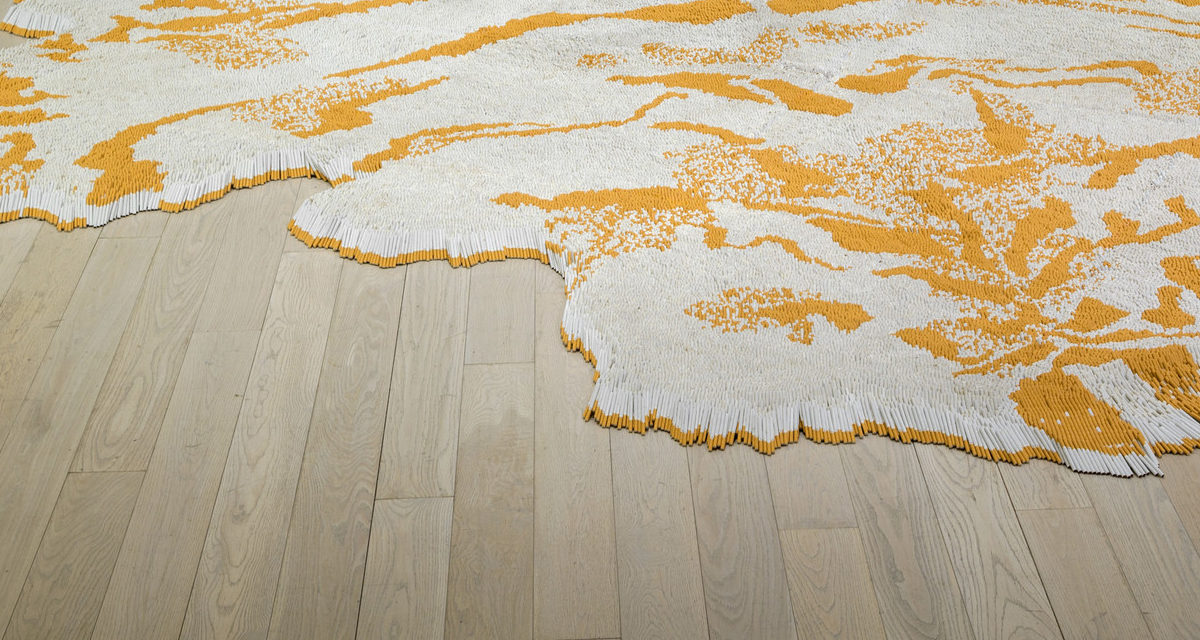 Published writer, gold medal winning calligrapher, and accomplished polyglot, Lucas Justinien Perez’s passion is for words. His linguistic journey began as a child in Mexico, took him through 28 countries (living in Japan for six), and enabled him to study ancient Chinese calligraphy in Taipei — Japanese Nihonga painting in Tokyo — and contemporary art & critical theory in New York City. Lucas has a home in San Diego, California but spends his time working bi-coastally. To find out more about Lucas, please visit lucasperez.org.

China emerged bruised and battered after a decade of Mao Zedong’s self-immolating Cultural Revolution (1966-1976) in which thousands of artists were publicly flogged, tortured and “reprogrammed.” During that bloody episode, the great country’s artistic tradition was singularly focused on generating propaganda extolling Mao’s “reforms,” and denouncing the bourgeois class structure represented by traditional artforms like painting and calligraphy.

“The Allure of Matter” at LACMA is a collection of art produced after the collapse of Mao’s “perpetual revolution,” and as a result of Chairman Deng Xiaoping’s (1904-1997) moderating stance on artistic freedom during the 1980’s. With newfound creative license, 26 artists searched for a new direction in art through the rigorous investigation of a single material like: silk, plastic, human hair, coca-cola dregs, or cigarettes.

The exhibition is replete with beautifully curated aesthetics around every corner, but it’s strangely unself-aware about the significance of these artworks on the 70th year of Chinese Communist Party (CCP) rule in 2019. The introductory wall text claims the show: “develops the notion of ‘material art’—a mode of expression in Chinese contemporary art spanning nearly four decades…” But the writing seems censorious in its complete lack of historical and geo-political context that can tell us by who, how, and why this art was created.

Works like: Untitled No. 5 (2006) — a massive abstract painting comprised of temple incense ashes and adhesive—by Zhang Huang, is a far cry from the “revolutionary romanticism” compulsory under Mao Zedong, and even further removed from art generated for the ill-fated Qing Dynasty (1644-1912) that preceded him. The painting is just one of many objects in the collection that exemplifies a reorientation away from indigenous practices, towards Western contemporary art that was only possible after China rejected inward-looking isolationism.

Many artists of the era became interested in art categories that were previously unknown in China before its government began establishing pseudo-capitalist economies along its Eastern coast. Performance artist Wang Jin created replica Qing Imperial robes—made of polyvinyl chloride plastic (PVC) and fishing line–that he wore in a performance entitled Chinese Dream (1998). Of course, China has a long tradition of esoteric drama, but these robes are also representatives of a new predilection among artists like Wang Jin to reconstitute historical references, in expendable consumer materials like plastic.

Ingenious installations like Liang Shaoji’s “Chains: The Unbearable Lightness of Being, Nature Series, NO. 79” (2002-07) are quintessential symbols of a tension between degrading home-spun industries, and the emergence of China’s world-wide commercial power. Shaoiji trained thousands of silkworms to spin their cocoons around massive hollow anchor chains–covered in iron oxide dust–that hang from the ceiling. As conceptual art, the work is a brilliant juxtaposition of methodological indexes, that testify to the high level of mastery achieved by artists like Shaoji.

The spectacular centerpiece of the collection is a gallery-sized carpet comprised of thousands of carefully placed cigarettes, arranged by the incomparable Xu Bing, to look like a tiger skin rug. “1st Class” (1999-2011) is a blatant celebration of consumerism that’s been a blue-chip theme in art for decades in the West; and it demonstrates conversations Chinese artists were having with prevailing global art movements. There’s a change in voice paradigm here—from self-sacrificing austere proletariat, to profane chain-smoking consumer–that could have only happened as a direct result of the liberalized socio-economic policies of the CCP.

Ai Wei Wei pioneered a unique style that eventually got him in trouble with “The Party.” Wei Wei used authentic antiques as humorous kitsch in works like “Tables at Right Angles” (1998) in which he spliced two Qing Dynasty tables, so the legs of one table run up the wall. Unlike his other work which dominates space with a multiplicity of objects—this early piece is a quiet experiment in applying idiosyncratic gestures to traditional crafts that has made him a star. Wei Wei pushed the limits of his personal expression by airing his critical opinions of the state, until the regime had him arrested at Beijing International Airport on dubious tax crime charges.

The exhibition encapsulates a period in Chinese art influenced by a 30-year national plan to incorporate Western liberal techniques in the pursuit of a more perfect Chinese socialism. In a state-run newspaper, Deng Xiaoping said as much: “We mustn’t fear to adopt the advanced management methods applied in capitalist countries (…)Socialism and market economy are not incompatible (…).” Art, like so many other Chinese commodities, became a part of this revolutionary cultural transformation that we are still seeing today. The exhibition [in my opinion] lost a valuable opportunity to teach us about these rich & interesting historical frameworks that are instead buried in the familiar frivolities of contemporary materialism. How ironic.