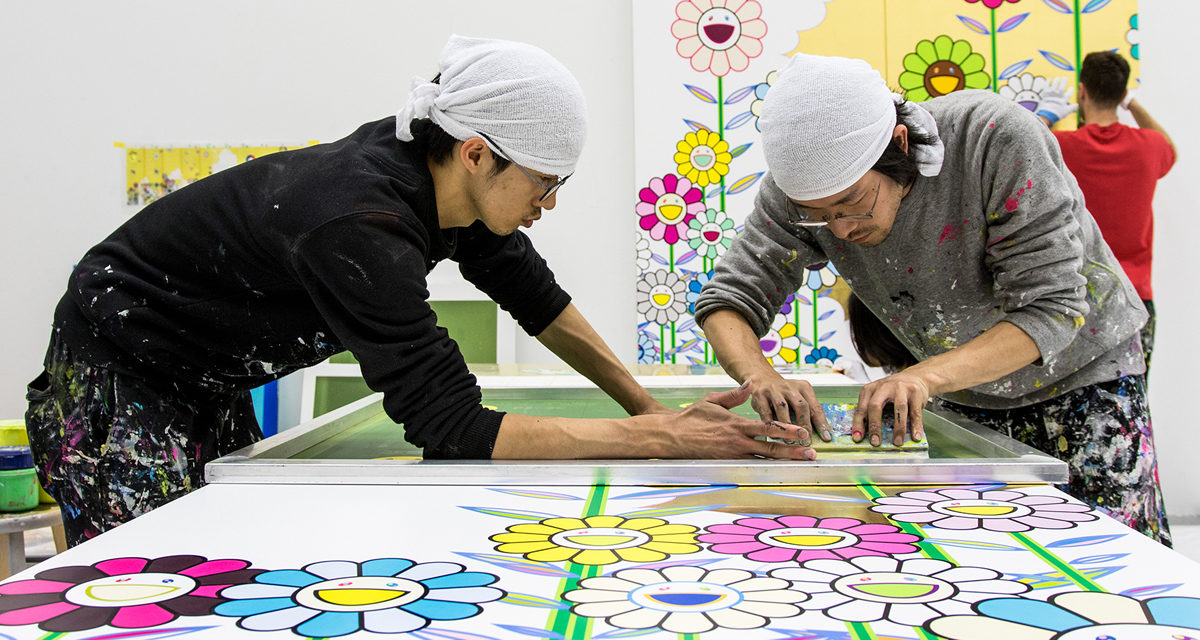 Published writer, gold medal winning calligrapher, and accomplished polyglot, Lucas Justinien Perez’s passion is for words. His linguistic journey began as a child in Mexico, took him through 28 countries (living in Japan for six), and enabled him to study ancient Chinese calligraphy in Taipei — Japanese Nihonga painting in Tokyo — and contemporary art & critical theory in New York City. Lucas has a home in San Diego, California but spends his time working bi-coastally. To find out more about Lucas, please visit lucasperez.org.

Before the multifarious catastrophe of Covid-19 infection, recovery, death, loss, layoffs, unemployment, financial uncertainty, and looming economic recession, I was going to write an article demanding higher wages, more job security, and paid benefits for artist and cultural workers. That article can’t be written since Corona virus has become an omnipresent disaster for the entire planet. In addition to suffering and personal tragedy connected with the disease as a public health crisis, its economic impact will create far-reaching and profound devastation.

Artist and cultural workers in particular–whose financial outlooks were already precarious—will experience a high rate of layoffs, pay cuts, loss of benefits and uncertainty. In many ways this category of worker was set-up before the outbreak by the organizations that employ them to be hardest hit during by Covid-19. Before millions lost their jobs, artist workshops, galleries, museums, and art schools undervalued artist work to suppress wages, utilized labor regulation loopholes to avoid hiring workers full-time with benefits, and ruthlessly squashed unionization to retain absolute power over employment terms.The result is thousands of artist and cultural workers are woefully unprepared to deal with the health and financial crisis of prolonged economic downturn.

Art employers didn’t lack capital to invest in their employees though. Before the outbreak an exuberant and self-congratulatory study conducted by the U.S. Bureau of Economic Analysis (BEA) and the National Endowment for the Arts (NEA) examined 35 industries within the arts using data from 2015, and reported they contributed $760 Billion to the U.S economy, or 4.2% of GDP. The homepage for the study on the N.E.A.’s website proclaims: “The arts contribute more to the economy…than agriculture, transportation, or warehousing.”

Clicking through the interactive graphic on a different webpage, you find information broken into industry categories. Independent artists, writers and performers ($22 Billion), Art Schools ($3.4 Billion), and Museums ($5.3 Billion) together contributed $30.7 to the economy. Despite this verifiable economic strength, many of these employers continued suppressing wages, denying benefits and blocking unionization.

According to the most recent Bureau of Labor Statistics (BLS) findings for 2018 the average pay for fine artists and cultural workers is about $48,000 a year; an average brought way up by a few elite artists, and executives at the top. Arts workers compete for only 86,000 jobs available nation-wide, in job markets that become increasingly oversaturated with a steady stream of art school graduates.  The overabundance of skilled labor in these local markets enable many arts employers to pay degree holding [and often overqualified] employees the lowest possible wages.

The glut of job applicants means employers have unequal power over terms of employment, and applicants thankful for opportunity [especially if there’s prestige involved] will sign contracts that make it nearly impossible to “get ahead” let alone prepare for public health crises and economic recession. Keeping workers under contracts that have them work full-time hours–or below 30 hours a week to be categorized as part-time–ensure these companies get the cheapest possible skilled labor without paying vital benefits essential for middle-class stability.

Nothing contributes more to employment power imbalances that lead to economic inequality than the virulent anti-union policies that are particularly egregious in the arts. Policies that prevent artist and cultural workers from organizing to fight for better terms of employment. Just last November the Marciano Arts Foundation in Los Angeles permanently closed its doors and fired its entire staff when they attempted to unionization. Artist workers have no professional associations or guilds like the Screen Actors Guild which can represent and advocate for them.

The situation leaves workers with no access to affordable healthcare, which during pandemics exacerbates community spread and mortality rates among vulnerable artist communities. Traditionally marginalized groups like women, LGBTQ+ and people of color who already lack representation in the arts, will be even more disproportionately affected by the virus outbreak and recession.

The arts establishment didn’t necessarily conspire as a unified group to deny workers a living wage and security, so much as they adopted dominating capitalist paradigms to buy cheap labor. Certainly, these organizations are going through some of the hardest times for business in history, and small businesses especially should receive substantial government assistance to recover from this double calamity.

Nevertheless, the arts establishment is culpable for creating an employment culture that guaranteed the intensified impact of Covid-19 on the lives of their employees. Even while the virus rages through America and much of the country remains under lockdown, institutions like MoMa (that has an endowment of a billion dollars) are laying off their entire freelance teaching team. They stated in an email to hyperallergic that: “it will be months, if not years, before we anticipate returning to budget and operations levels to require educator services.”

This isn’t the only example, The Kennedy Center received 25 million dollars of tax-payer funded stimulus money earmarked in the CARES Act, then levied a 35% pay cut to National Symphony Orchestra musicians. Boom and Bust cycles continue to increase in frequency and we are familiar with corporate America gladly accepting stimulus money then laying off employees or cutting pay. They are business practices that don’t match the progressive publics image associated with the arts.

Now it will be even harder to make a living as an artist or cultural worker, and most will probably drop out of the arts completely. The establishment will continue using capitalist apologetics to dismiss their role in constructing a payroll house of cards that upends the lives of their employees. Returning to “business as usual” where workers contended with some of the lowest wages among all industries seems a distant reality, as we peer from the lows of oncoming recession. Until artist workers disrupt the balance of power by unionizing to counteract the employment policies of the arts establishment, workers will remain exposed to the destructive instability of global capital markets.

For now, job markets will be flooded with unemployed people as companies continue layoffs. Naturally those fortunate enough to keep their jobs will be hesitate taking actions that could get them unceremoniously fired [like talking about unionization], but if risks aren’t taken now, employers won’t miss this opportunity to drastically restructure their policies in ways that give them even more power over the cost of labor than before.

Workers should utilize this history changing epoch—when billions of dollars of payroll protection stimulus money is being distributed throughout the economy, and companies are vulnerable– to organize, unionize, and consolidate networks and strike.